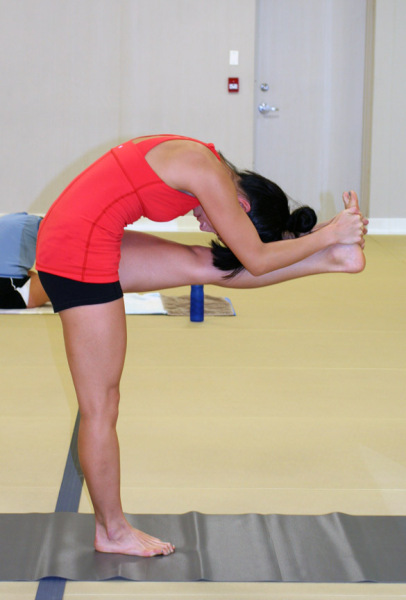 Did anyone else out there show up to their first Bikram Yoga class in long pants? Dorothy did, but it didn’t stop her from enjoying it: “I showed up in long flared yoga pants, and I remember being drenched. I managed to make it through the class and really did enjoy it, but it was also a really nice challenge. I’m not sure how I managed to walk out of the room since my pants were so heavy, but even with that experience, I think I was addicted from Day 1.”

That Day 1 was 10 years ago, when Dorothy, a secondary school teacher, was in university. “I was shopping downtown and found a yoga mat on sale. I bought it and decided to try my first yoga class the next day. It just so happened, it was Bikram’s! I guess it was the first website that showed up when I searched on the internet. I am so glad I lucked out and it was Bikram’s because I don’t know if I would have stuck around if I tried another type of yoga first.”

Dorothy sees benefits of having “stuck around” in her practice and her health: “I was never a naturally flexible person. Over time, I have developed flexibility (through a LOT of hard work) and strength. Yoga has also taught me to be more grounded emotionally and helped me release stress. I also have eczema that used to show up on my hands, but the practice has helped clear that, too. My body make-up has changed over time as well; I am definitely stronger now.”  Dorothy also notes that she is more aware of her breathing when doing cardio activities because of her Bikram training.

Dorothy is accompanied to her Bikram yoga classes by her husband Scott. They’ve both seen improvements in the time that they’ve  been doing practicing. “Two years ago, I never thought I would have ever gotten my husband to do yoga with me. I’m glad he and I both practice together, and I think it helps bring us closer. My favorite classes are when we practice together!”

Currently, Dorothy practices Bikram yoga 6 -7 days per week, but says her ideal is 4 days per week, so that she has time for her other activities. “I love doing yoga so much, I would do it every day, but I feel I should be balancing it out with the other things I like to do, like running and basic strength training.”

While a lot of people find the heat a challenge, perennially-chilly Dorothy welcomed it. “I am more often cold than not so I thought practicing in a hot room made sense and that having warm muscles when stretching also made sense.” And, of course, she had her long pants to keep her warm. 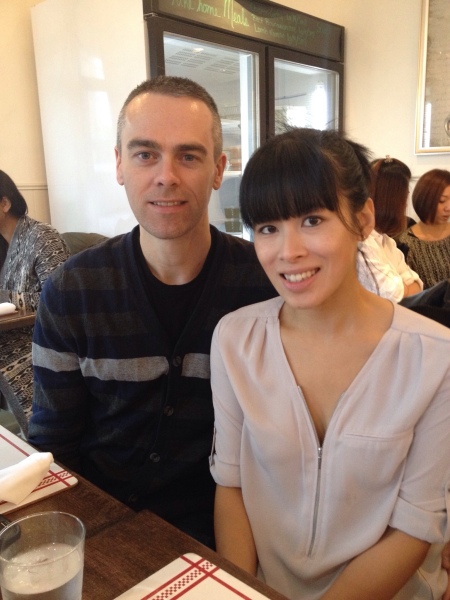 The routine is one aspect of her Bikram yoga practice that Dorothy really enjoys. Knowing what’s coming next and tracking her progress from one class to the next: “I love the routine of the 26 postures and being able to predict what comes next. I love that there is a never-ending list of mini-goals to strive for in every single posture. It’s so rewarding to see the progress you’ve made since Day 1 but also have the knowledge of what you want to strive for.” She adds, “And, every step of the way, you’ve worked your ass off to get to where you are now.”

Some big goals Dorothy has achieved lately are arm balances in the Core 40+ class. “I am starting to be able to do arm balances, and I never thought I’d be able to. By starting, I mean I’m able to stay up for a few seconds. My hopeful 2 year goal? Hopefully a head/hand stand!” she exclaims.

Dorothy has big plans to continue to develop her yoga practice, “My goal in the next two years is to develop a more advanced practice and to follow that up with attending a retreat with Tony Sanchez. I want to learn more about the spiritual and mental side of yoga and meditation.” Dorothy includes Scott in her future goals, “My husband and I want to travel the world; a goal we have is to travel all 7 continents. We are quite a few countries in, but only 3 of 7 continents so far!”

Amazing goals! It’s staggering that Dorothy can balance her career, husband, hobbies and a 6-7 class per week Bikram yoga practice. How does she do it? “When something is a priority in your life, you just make time. I feel that the benefits of doing Bikram yoga helps me out in so many other parts of my life, emotionally, physically and cognitively that it’s always been worth the time commitment. There will always be things to do and errands to run and others to look after, but if you can’t take care of yourself first, then you can’t be fully there for everyone and everything else! 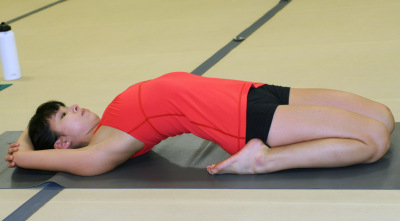 Speaking of hobbies and taking care of oneself, cooking is another thing that Dorothy is passionate about, “My favorite thing to experiment with when cooking is turning something delicious that’s unhealthy into something that’s delicious and healthy. I love the ability to be creative and relax in the kitchen. My current baking technique I am working on perfecting is baking artisan loaves of bread. There’s nothing yummier than fresh bread out of the oven!”

However, she cautions against treating a yoga practice as simply another calorie-burning exercise regimen for the food-lover: “I went to Bikram yoga all those years ago with the same intention as most people – to lose weight. What I’ve gotten from Bikram yoga is so much more than weight loss. I now know that is the wrong way to think about yoga. I’ve stayed because of the other benefits it has delivered for my life and my body. My mind is stronger: I think I deal better with stress and unexpected situations because of a calmer mind. My immune system is stronger: I fight off colds well and don’t get sick very often. My body is stronger: I have nice muscle tone without being bulky. Most of all, I love how I feel when I do Bikram yoga.”